There would come a time in our lives where we may be betrayed by someone we thought we could trust. This is followed by feelings of intense anger but essentially it may be masking feelings of sadness and grief. When this happens, our first instinct may be go seek revenge of the wrongdoing done against [...] 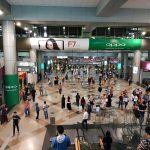 The new year has come and gone. With the new year coming, the most common new year resolutions are to lose weight, to get richer, to get married, to have children, to buy a home, to change car, etc.. But how about honoring yourself and being who you truly are? This is important because this [...] 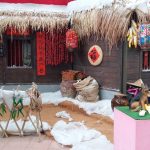 Tomorrow would be the first day of Chinese New Year. Today being the Chinese New Year eve is a very important day for family get together. The media are filled with warm messages of family ties and love during this season, as with all other major celebrations like Christmas. However I personally know of a [...]

I received the sad news from my brother that my dog of 10 years has passed away on Thuraday, 2 days ago. I was away.Ah Win was born in 2010 from a neighbor’s dog who had given birth to a litter of puppies. He was the weakest of all the pups. In the beginning I [...]

When interviewed, millionaires often say that ironically the happiest time of their life was during the time when they were struggling and was giving their best shot. The long hours, the uncertainty, backing from a best friend, business partner or spouse/girlfriend/boyfriend who totally believe in them. With success, many things change. Unknown people coming out [...]