On 26 August 2008, I was in Bangkok. In fact, I was hiking along the area near Khao San, passing the Santichaiprakarn park, Phra Arthit Pier (ferry that stops near Khao San area), Phra Sumen Fort, Sanam Luang, Amulet Street and later to the Tha Tien pier whereby I took a ferry across to watch the sunset in Wat Arun. As I went off wondering on my own, my Thai friends were very worried about me as there was a demostration reported in Sanam Luang (the field located near the area).

I passed by Sanam Luang and thought nothing of it. I saw people and vehicles gathered in the field and someone making a speech, but like all foreigners who do not understand Thai, we were blissfully unaware of what was going on- until I came back to Kuala Lumpur and watched the news on CNN.

Actually, 2 years ago, I was at another town taking the train to Bangkok when the news reported that Bangkok is having riots (that time to overthrow Taksin). Tourists were told to keep off the area. I was taking a train to Bangkok, followed by a flight back to Kuala Lumpur.

I don’t see any problem- it was pretty peaceful. But this round, I took the train from Bangkok to Butterworth and had I taken the train later, I will not be able to come back as the train services were suspended. But media tend to overpublicise and make the issues more serious than it seemed- except of course, there is slight inconvenience due to suspension of railway and closure of some airports. Else, the situation is not dangerous.

Here are the photos taken on 29 August 08- I did not take Sanam Luang because I did not know there was any protest- each time I passed Sanam Luang, there always seemed to be someone giving speeches so I did not think of anything unusual:

Below: Phra Sumen Fort (near the Phra Arthit Pier): 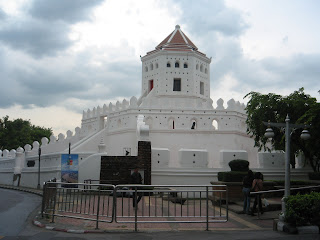 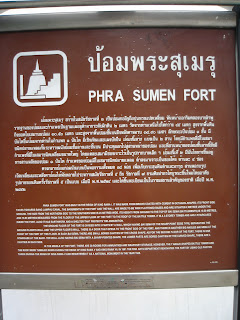 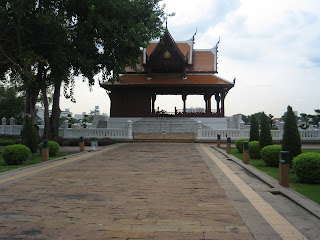 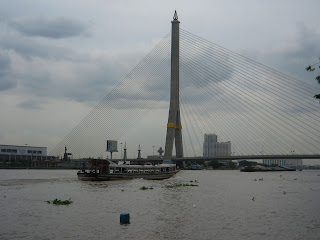 Santichaiprakarn park: The view of the Chao Phraya river from the park.

Here are the sunset at Wat Arun (you need to take a ferry across 3.5 baht only):

Note: Wat Arun is opened to visitors till 6pm but by 5.30pm, they will not accept new visitors as the visitors will not have enough time to view the place. Entrance fees for foreigners is 50baht.

Here are the pictures of the sunset: 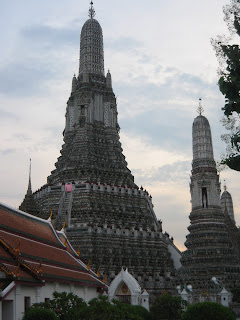 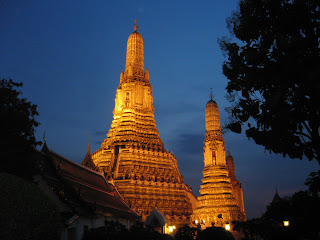 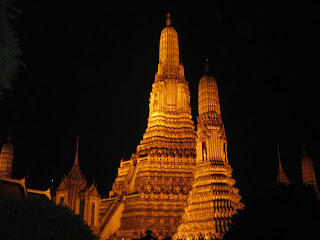 The Golden Hues of the temple when it is dark

Note: Sorry I haven’t been posting for a while. I took a break and visited Thailand and did not opt for internet access. But I am back and will be updating my blog once again.