Do you find yourself constantly being nagged and put down by your mother-in-law? Does her words seemed to be lanced by sarcasm and carries some deeper unpleasant meaning? And you always wondered why she is like that? Do you find that the situation is always tensed and unpleasant?

You tried to justify the fact that it is probably due to her feelings of insecurity since you had married her only and/or favourite son. You tried to woo her with gifts, or trying to cook something nice for her- and yet, she always seemed to have something against you. Or perhaps she is getting old and being grumpy and weird is all part of growing old. Well….

I have a possible explanation- but I am not sure if it applies to your case, and if it does, would you be able to accept it? 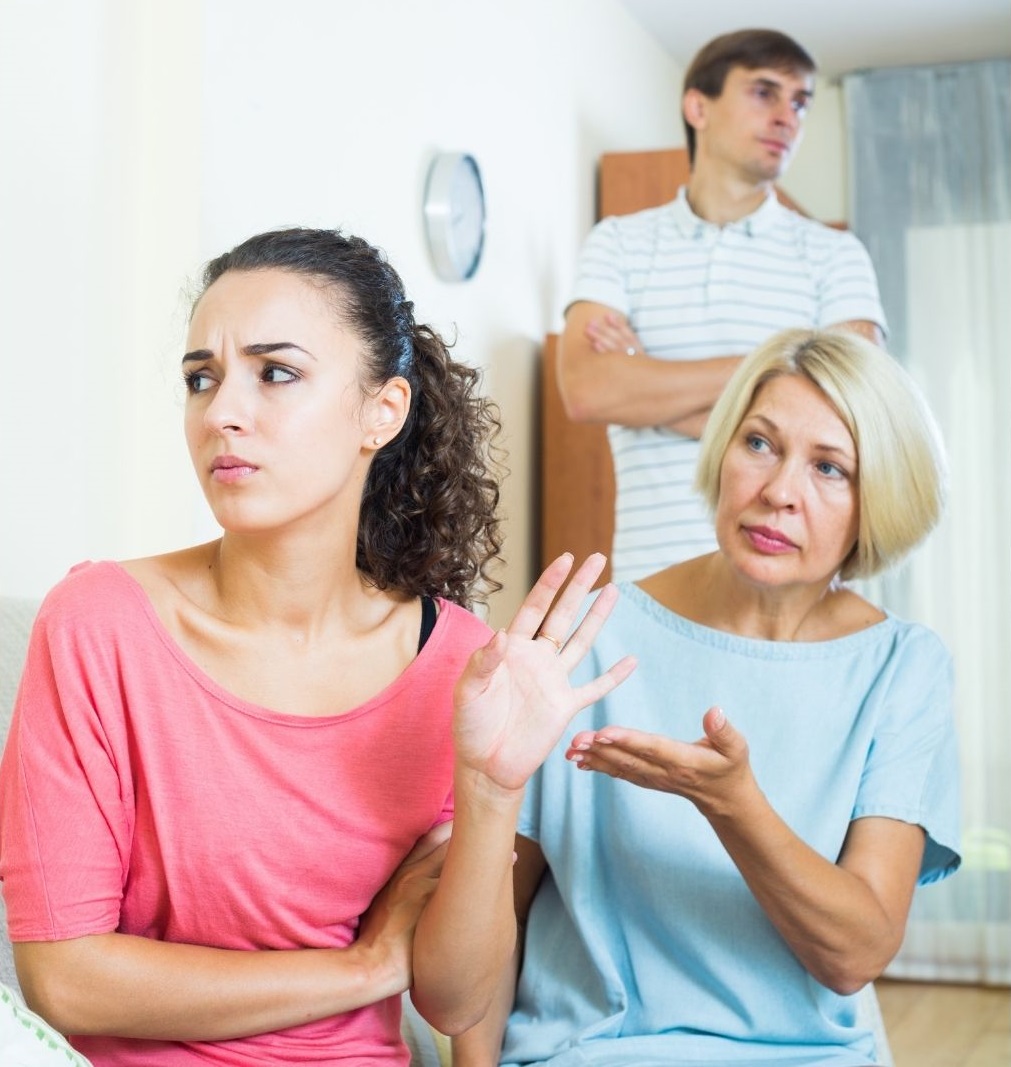 The reason could well be related to ‘S with a double stroke’, a.k.a $$, a.k.a MONEY and/or your skills.

Sometimes, the mother-in-law may overlook that the following factors if the daughter-in-law has a successful career that pays really well:

But if you are not working or if your salary/position is below average, and you do not like the stuff above, the mother-in-law may have a reason to act up.

After all, you might have heard about how hard she struggled against the odds to raise her son- and you can’t blame her for hoping to have the chance to relax, watch Astro and play mahjong instead of being the unpaid maid and/or babysitter….having to cook, change diapers and run after hyperactive kids the whole day.

It helps to put yourself in her shoes because well, 20 or 30 years down the line, it’s gonna be your turn.

No doubt, the deeper underlying reasons could well be her feelings of insecurity. However, each mother seems to have the instinct to want the best for their children.

They want their kids to live comfortably and well looked after. And the old school of thought from the days of yore: Money= Security. It’s sad but true- and decades of old stubborn thinking can be hard to correct- you will do better keeping your sanity and figuring out to see if you can give her what she wants.

It may or may not apply in your case.  I apologise if it is not applicable to you. The purpose of this post is trying to figure out many of life’s mysteries- and I have observed considerable amount of cases that had lead to the conclusion above.

Normally if the daughter-in-law has a successful career and earn lots of money, the mother-in-law will generally tone down. I will quote one of the many examples I’ve seen:

A friend of mine used to work in shifts- so after finishing work at midnight, she will sleep till 11am in the morning- just in time to get up for lunch. When her mother-in-law come and stay, she expected to be served hand and foot. So when my friend did not make the effort to wake up early, the old lady’s not happy bout it.

Since my friend married the lady’s only son, it does not go down easy on her- she wanted an ideal daughter-in-law. But they never really had a huge arguement- because my friend brings in quite a lot of money in a month and always buy expensive gifts for her in-laws.

It is sad but that’s the reality of the world. I have a friend who had to put up with her mother-in-law’s antics because she was not earning enough and her mother-in-law always felt she could not handle kids. Hers was a love marriage but the tensed relationship with the mother-in-law also took its toll on the marriage.

Another person that  I knew was basically quite spoiled her whole life. Her boyfriend was from a very rich family- and during the courting days, she spent a lot of time in her boyfriend’s house, more than her own house.

She and her future mother-in-law were like best friends, going shopping and outing together.  Then after marriage, problem started to set in- the girl does not like to cook, hated housework, do not want to get a job, spend lavishly (she only buy branded stuff, even from young).

The last I heard, she is now not on good terms with the mother-in-law.

Like someone once said, ‘if I were to earn a lot of money, who is my mother-in-law to complain if I do not like housework or cooking? I will get a maid to do that- if one maid is not enough for her, I can always get another one!’.

So if you are sick of being bullied by the mother-in-law, show her some dough. Perhaps climb the corporate ladder- then you will see how she may change….

Effective but unconventional way to cheer yourself up 🙂
How much we are meant to have is fated... or not?
When your dreams just keep haunting you
If I have one more day with you
No point of revenge or getting even
How Watching Too Much TV Changes Your Values
When it is time to let a long friendship go
Can our offerings reach the departed relatives
If you like this post, say thanks by sharing it: