Starting from now or even last week, the Chinese have started visiting cemetries to honor the department- buy burning paper items, hell money and serving the department with food. First, there would be a gotong royong, followed by the entire family having a picnic on the grave area. Now, for convenience, families sometimes buy fast food like Kentucky Fried Chicken and eat later after prayers.

Some items being burned bought for burning are: 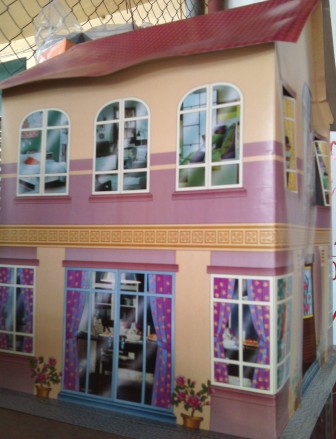 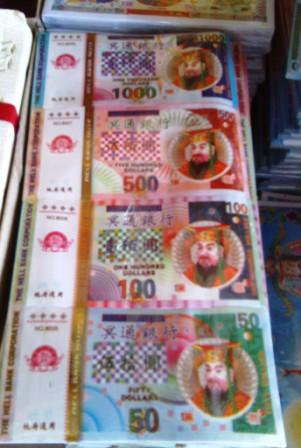 Currency of the Afterworld 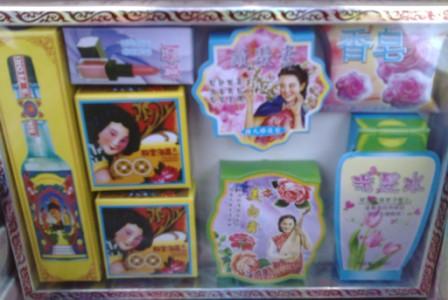 Questions raised: Would the death receive these items?

I remember during university, there were some students who just learned about Buddhism, actually condemning their parents for buying paper replicas of houses, hell notes and later burning them. They felt it was a waste of money and it pollutes the environment. And intellectually they say, how can the death receive these items?

Burning paper items has long been the tradition passed down for generations. Our parents who have filial hearts buy these items with the intention of offering to their own department parents or relatives items for their use in afterlife.  And by buying these items, preparing food, making the yearly visit- they feel relieved and happy having to be able to pay respect.

The key here is: INTENTION. Their intention is pure and good, they have their wish for their dearly departed to receive material comforts as they recall how they themselves were being nurtured and taken care by the person(s) who have now passed on. So from here, we could see a lot of positive vibes or intention that arise in their hearts: respect, gratitude, filial piety, love, faith, effort, duty and other positive attributes.

Because some people may not see it that way- they go round using intellectual logic to judge and belittle these tradition. Whether it reaches the death or not, we will never know for sure- until we are ahem….in their shoes. Every religion has some kind of ritual- and this is one of them. By performing this yearly practice of paying respect, our parents feel good and relieved. We should not try to destabilise them by trying to intellectually debate about their beliefs. Just let them do what makes them happy.

My lessons in the forests and nature taught me that good thoughts and intention reaches the unseen. If powerful enough, it can help relieve their suffering in that existance. So if our parents need achieve it through rituals and burning paper items, please, don’t belittle them.

Don’t even complain about pollution- that burning all these stuff pollutes the environment, blah blah blah. The worst things that pollutes the environment comes from the cruelty of the human heart and the never ending greed for money, fame and power. For money, forests are burn down to built housing- animals are forced away from their habitats or killed in the fire and deforestation. Sludge and industry waste in the name of industrialization are washed down into the sea by the tonnes. Toxic wastes are dumped in defendless third world countries by developed countries. So, please don’t get me started about the environment….

Last by not least, the argument that buying these paper replicas are a waste of money. How much does the paper house, the decorative items, hell money, paper credit cards, Nokia phone and paper Ferrari cost anyway? RM100? RM200?

Common there….it’s only once a year. What’s the big deal. Our parents splurge so much of money on us when we wanted Transformers, Barbie dolls, and Playstation. Do we have to grumble when we have to fork out that few hundred bucks (often less) just ONCE a year? And most of the time, they usually use their own money to buy these things- they even never ask from us and we want to grumble. Please, we are all adults here, right?

Let’s talk about wasting money- we never think twice when we decide to ‘pamper’ ourselves to one of the expensive restaurants in KLCC, buy designer clothings that we never wear or buy gym equipments, gadgets and toys that we quickly tire off. That’s why no matter how much we earn it’s never enough and the government have to keep taking drastic measures to curb spending and debt. Not to mention the amount of time, electricity, internet bills we waste away going through our friend’s friend’s Facebook and poking our nose at other people’s business. Talk about the environment… you know how much of electricity needed to run that laptop where our faces are glued to it day and night?

So the next time we want to point figure and try to condemn or convert the practice of others- we need to first examine ourselves. Taoist or Buddhist, does it really matter? 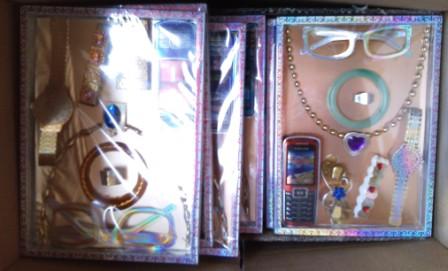 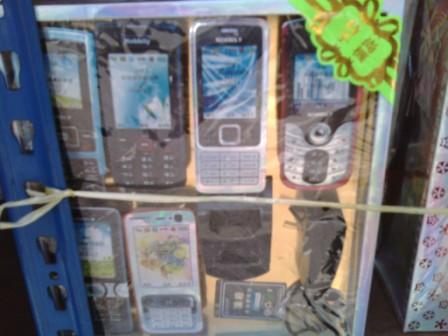 When you were given a bad Chinese name- does it affect your life?
Giving up opportunity because cannot bear to part with friends?
The feelings of the lonely old parents when their kids migrated overseas
Things that your mom wants you to know but is too proud to tell you
When you are just too burnt out to even smile
Why some people end up alone and bitter
Is chatting a waste of time?
When the fortune teller makes an unfavorable prediction about your future...
If you like this post, say thanks by sharing it: