When I was in Singapore, I’ve met a guy who is now in a similar industry as I was. He was only a few years older than me, slot his guts out with the company but find that there are many things out of this control. So he had wanted to come out and take the one gamble in his life- sell his house and take the money to start a business in another country.

Yes, when we need to work for a living, often we need to follow instructions and help to implement things in which we feel may be a total waste of time. No matter how much we brought it up or dispute about it, we’ll probably be told to ‘keep quiet and just do it’.

I remembered in one of my previous jobs, the company had wanted to launched something major in which I felt was non compliant and may risk information security thus opening us up to potential fraud cases.

So I spent a lot of time and energy to fight the launch, writing emails and opening opposing at meetings. I even meet up with those in fraud and compliance unit. I think the VP really hated me for being a nail in the flesh.

In the end, he pulled some strings and smooth talked his way to have the launch to happen. That period was stressful for me because I fought for something I believed in but lost.  But at least I had the comfort of knowing that the concerns had been brought up and if anything, no one could blame us for keeping our mouths shut.

When it happened, I was tasked with responsibility to implement it and had to have be in charge of a group of people. Lots of money and resources were poured into the project because everyone (except me) thought that it was to be a huge success.

But you know what?

When it was finally launched, it was not the success as everyone else thought it would be. Probably was either the market was not ready for it, or that  we have overestimated things. With a huge bang, it became a mere sizzle.

Still, because of the way I had approached work that time- not only in that incident but in others, had stressed me up to a point that I decided to resign because I felt the hypocrisy of working for others for a living.

Looking back, I now wondered why I was being so stupid. I need not create so much of animosity, stress and conflict with myself. That period I was so stressed and tensed, but for what? 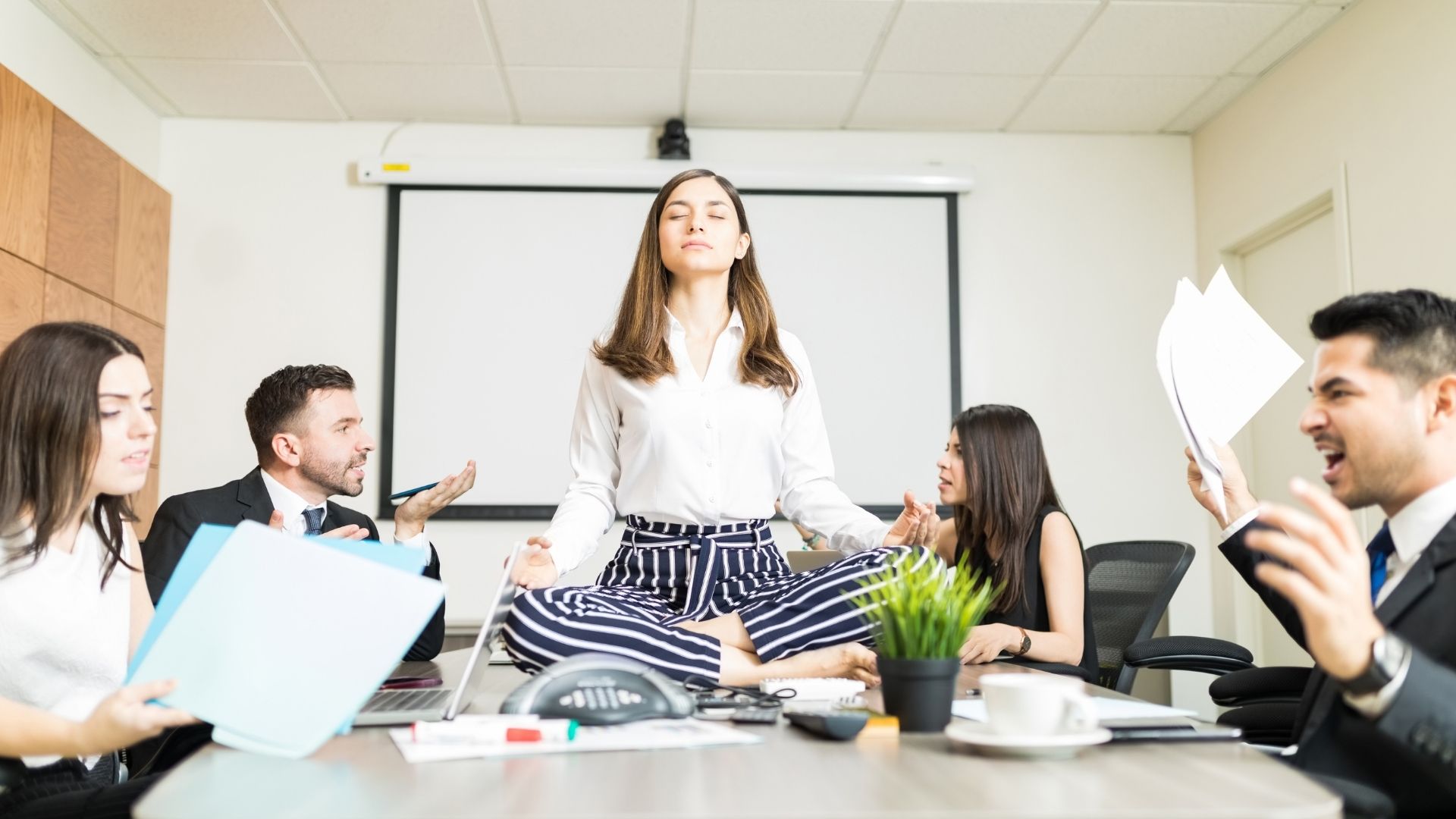 When you work for a company, if the big bosses wanted to implement things, well, if we cared enough that there would be negative effects to that, we just voice our concerns. If they want to go ahead with it, so be it- we just do it because it matters to them.

No need to have official protests, etc that would just stress us up. If we are told to implement something that management feel is important but through our experience we feel it is a waste of time, we’ll be happier off doing it instead of complaining and being bitter.

Because by complaining and fighting it, we become increasingly stressed and it would really drain us. Then it flowed into our personal lives and affect our mood when we are with loved ones. It’s just not worth it.

Instead, I am learning to take it as a test to develop my patience and endurance. Hey, if you want personal development, working life is a good way to practice it. Patience is something that I’ve always lacked and I felt it is a very useful skill to have.

So, instead of focus on the bad, why not focus on how we can use our role to make things better for everyone. If there is going to be a huge change or transition that everyone need to make, then, think of ways of how we can help make the transition easier for our colleagues and subordinates.

In my work, there’s a group of people that I had to take care off but they do not report directly to me. I learned to never judge them- even though some may be under perform, problematic etc, I’ve learned to treat them as friends and see the good side of them.

Even though people come and tell me something bad about so and so, I’ve never treated them differently. After all, I don’t have to write their appraisals so there’s no stress for me to evaluate their performance. In the end, they’ve always exceeded my expectation and the way they continue to endear me.

When we learn to change our perspective of things, then things would not ‘get to us’. The cause is not bad bosses or unhealthy workplace and the answer to happiness and fulfillment is not in starting a business (unless that skill is in our blood).

The real reason is how we look at things. If we gets stressed up easily over things, or are being hot-headed, we are making life harder for ourselves. And even if we quit the job and go start a business, we would still not find better happiness unless we are willing to change the way we look and deal with stressful situations (starting your own business is much more worst because you would have other people’s rice bowls to be responsible for).

But for that guy I mentioned in the earlier part of the article, he told me he was really tired and he had nothing else to lose. By telling him now, he would not understand. All I had requested for him to do to is to keep in view (KIV) what I’ve said. He would not believe me now but time and experience would tell…

Acquiring wealth through destroying others will come back to harm you
Can We Really Attract Good Luck By Buying Certain Products?
When old songs and movies makes us feel nostalgic and sad
How much we are meant to have is fated... or not?
Dress in a style that you are comfortable with...and not only follow fashion
The teachers who touched my life and life lessons I've learned from them
10 Personal lessons I have learnt
When your husband leaves you for another woman
If you like this post, say thanks by sharing it: