Every year in heaven, the Buddha would arrange for a great gathering where chanting and Dhamma is shared. 1500 years ago, who can guess that during a gathering, the Buddha was to banish one of his favorite disciples down to earth. 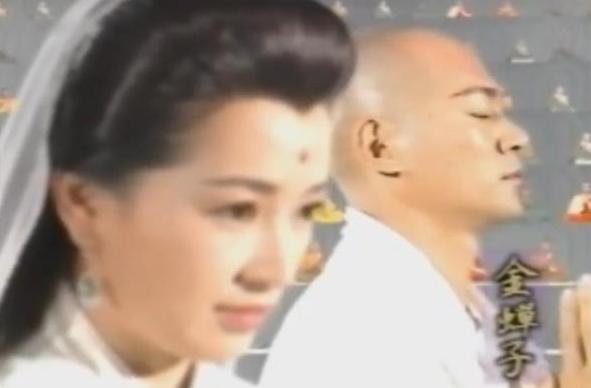 It was during that gathering, as the Buddha was speaking the Dhamma, a loud snoring sound was heard in the assembly. The favourite disciple was fast asleep and snoring that is…. 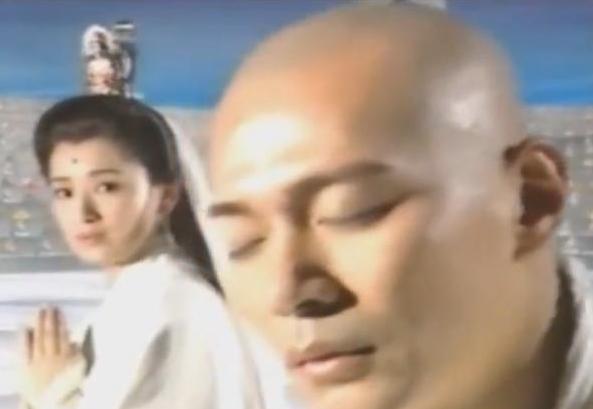 Tang Shazang falling asleep as Buddha was delivering a sermon

The Buddha went on the say that he had undergo very much hardship to achieve Buddhahood. Despite being one of his favourite disciple, he was to be banished to earth to go through the difficulties in the Journey to the West to take back the sutras. The disciple would bear the name Tang Sanzang (Golden Cicada). 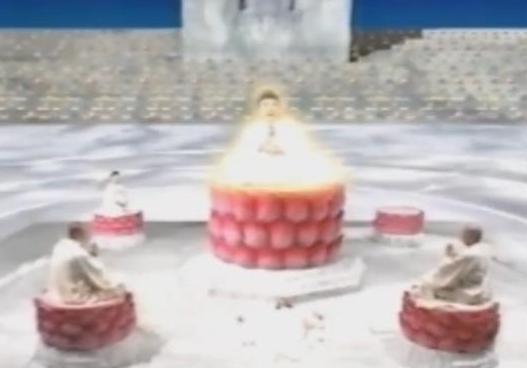 When he was born as a human being, he ordained as a monk from a very young age.