Originally Piggy or Zhu Bajie was a heavenly marshall (Commander Tian Peng) holding high position. He was on his way to a successful life with a bright future ahead of him. However, he fell in love with a heavenly maiden who is in love with another official. Even though he had tried numerous methods, he was not able to win over her heart. 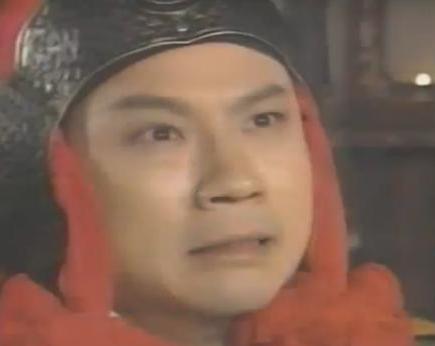 The lovers had planned to elope (since courting is not permissible there) and the marshall had broken numerous heavenly laws in order to try to win the maiden’s heart- such as turning back time a few times, stealing the red fate string to attempt to tie on the maiden’s feet so that she would fall in love with him. 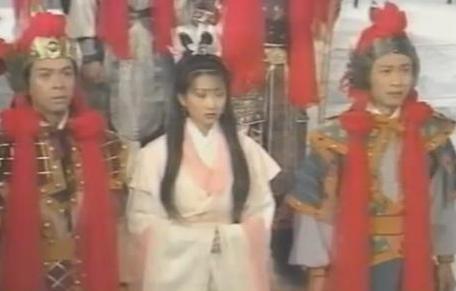 Caught and sentenced by the Jade Emperor

In the end, the three of them were caught- the heavenly maiden and her lover were banished while the marshall was banished to earth to go through 1000 lifetimes of love and lost. 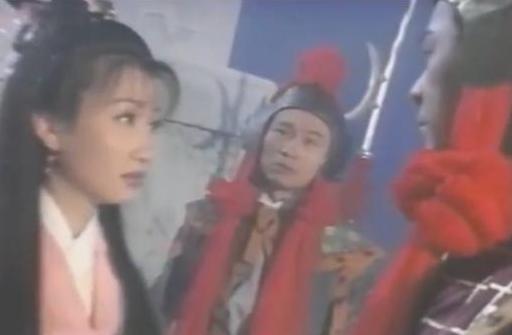 Even in parting, the lovers clearly loved one another

Each lifetime he was to die pitifully because of a love to a woman. Each time he was brought to see the Judge of Underworld who would then read out his next lifetime.

Piggie’s favourite poem to express his sadness (original poem was written by Li Bai thousands of years ago) translated to English:

I am overwhelmed by love in emptiness and resentment condition.

I only resend all these years that goes on without end. 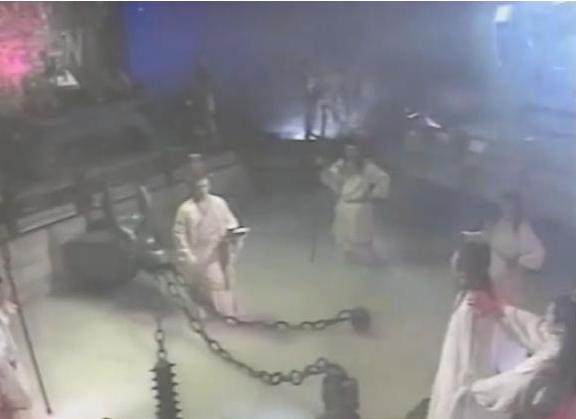 In the underworld, awaiting his next sentence

After going through 501 of such lifetime, he had enough and begged for mercy with the King of Underworld. He was told nothing much could be done, so he rebelled and in the process, was actually pushed to take birth in the wrong realm- animal realm. He was then born with a body similar to a pig…which saw him eventually becoming one of the disciple in the Journey of the West.

He had to live a hidden life because of his hideous look- coming to look for food at night. But even in that look and the lack of intellect, he would have lust for beautiful girl- and in such instance when he attacked a girl, he was caught by villagers who wanted to burn him at the stake.

As they were setting him on fire, Guan Yin (Goddess of Mercy) came and told the villagers they were on the wrong. Guan Yin rescued him, restored his original powers, intellect and past life memory (as what he used to have when he was a heavenly marshal) and advised him to wait for Tang Shazang.

If it is meant to be, it would mean to be. Some things in life cannot be forced and even though one gets it through forcing, there would not be real happiness. I always remembered a real story of this lady A- she was in love with her close guy friend, Y. But Y was in love with X, also their mutual friend. X trusted A and confided that she loved Y but was too proud to say it out. Because A had wanted Y all for herself, she did not help X- even though she knew both had loved one another but was too proud to admit it.

In the end, X got engaged just to spite Y because X had wanted Y to make a move. But instead, because A did not intervene, X ended up marrying a man she did not love. Y was actually shattered when he attended X’s wedding and A was there to help console his broken heart. Through that,  A slowly got closer to Y- and eventually they got married.

A had to make a lot of sacrifice in the marriage because Y had developed health problems not long after the marriage. Eventually, Y passed away and A was left to be a widow.  Even before her husband died, A had to carry the burden of guilt in her heart. And even though eventually she got Y, she had to bear the family for her husband was not really capable to work long term.

There’s a Chinese saying, ‘there is no happiness in things that obtained by force’.

In the next post, we would go to the 3rd disciple- origin from under the water…