In his travel, Tang Sanzang came across Wu Kong and released him from the trapped mountain. Wu Kong had wanted to carry his teacher and fly straight to the West but his teacher insisted that in order to accomplish this sacred mission, they had to walk on foot, each step along the way.

Later they came to a town. As it turned out, Piggie had fallen in love again with a woman while waiting for their arrival. Piggie turned himself into a handsome young man and gotten married to local girl. 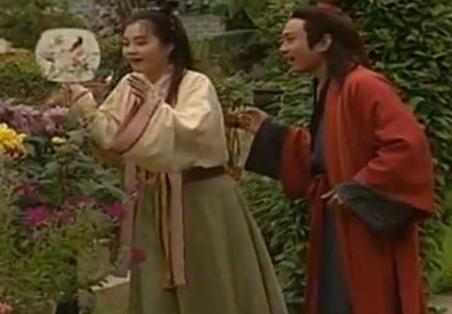 Wukong could see that Piggie was a pig spirit and wanted to kill him- in the process, Piggie resumed to his old form and his wife died from fright after seeing his face.

Piggie was heartbroken and just as WuKong was about to kill him, Guan Yin came and informed them that Piggie would be the second disciple. Piggie followed but wished that Guan Yin would restored the life of his wife who was innocent. Guan Yin agreed as his wife’s lifespan was still not completely up but the moment the wife woke up, the wife would not remember anything of their romance.

It would take a few more encounters for Piggie to make the effort to disconnect himself from love as he was still too attached to women.

While in the next post, we would see how they meet the final disciple…

<<< Previous How Tang Sanzang began his to Journey to the West

Next >>> Meeting the Final Disciple