This moral dilemma often arise in situation such as:

Most non profit and religious organisations do not receive generous funding from the government. They need to find the ways and means to continue to exist in order to achieve their mission of helping others. 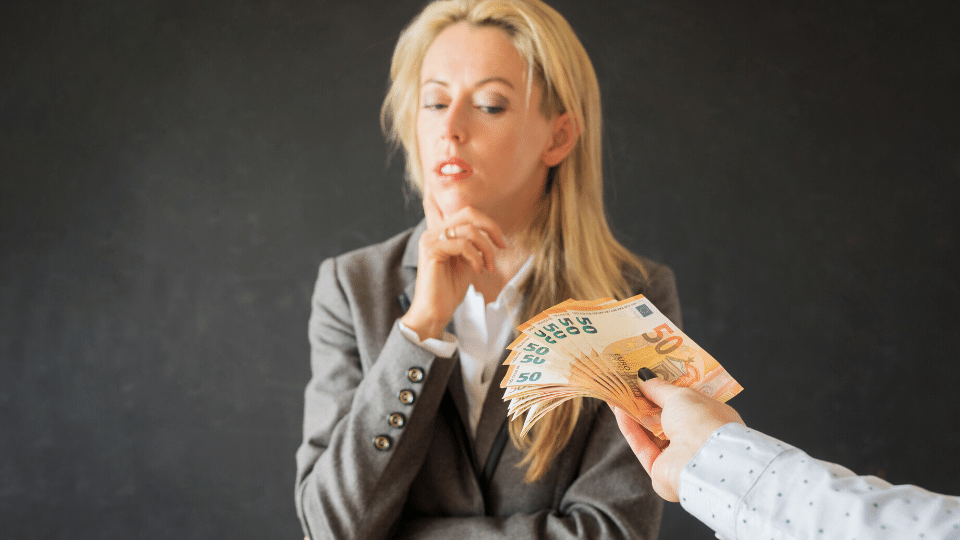 If you find yourself in this situation and is in a dilemma, perhaps the book written by Ruma Bose called “Mother Teresa, CEO” would change your whole perspective on this.

It is said that Mother Teresa had accepted money from those who have been known to commit crimes. This raised an ethical issue and many people had questioned her practice. At the same time, she was also questioned with what she had done with all the donations that she had received- why instead of improving facilities and the hospice service, she had instead set up branches.

You would know that Mother Teresa devoted her entire life to service. She did not just sit on a throne and dictate out orders for her nuns to do.  She herself inspire others through her own example- she practiced what she preached.

Her mission is simple, to serve the poorest of the poor- offering dignity and hope to those who had never received it before. To allow the dying to die with dignity instead of dying on the street- all alone in the world.

To enable this mission to become a reality, money is needed to run it.

As quoted in the article by Clark Morphew, a syndicated columnist for Knight-Rridder Newspapers:

Wiping out poverty and illiteracy was not Mother Teresa’s focus. She set out as a young woman to form an order that would bring a touch of humanity and the theology of the Catholic Church to the poor of the world. She never pretended to be a doctor who could wipe out or even soften the pain of death. She and her little army of sisters were there to bring spiritual comfort to the suffering, a concept that apparently escapes her critics.

That said, she was human, and she surely made mistakes. But despite the terrible challenges and the opposition to her methodologies, she never gave up.

Mother Teresa, as mentioned by the author was constantly being quoted as saying that “if you judge people, you would have no time to love them.” She would only accept the money- but she would not accept in return for corporate endorsements or public acknowledgement. If the company or individual wanted that, she would decline the donations.

And yet, that did not stop most from giving her money. They gave without expecting recognition- they gave because they believed in her cause. No matter how bad a person is, there is a tinge of goodness in a person. Adolf Hitler had commanded armies and killed millions, but he had loved his companion literally to ‘death did they part’.  It would take a heart of steel not to be touched with what Mother Teresa is doing- and many people are aware that they do not have the times and means to did what she did, but they want to help.

As said by Rumi: To get to the Angels, deal with the Devil.

In Thailand, I used to see very devoted Thais going to the temples to faithfully pray and make a donations. You would see very poor people who would donate the little money they have to support the temple. Some worked as callgirls- but in the temple, they are pious and pray for a better tomorrow.  Although there are exceptions, most would not get into the profession of selling their bodies for a living– unless poverty and circumstances had pushed them into that direction. Does it mean that the temples then should not accept the donations that were given out from a sincere heart?

But if by accepting donations and we allow our organisation to be manipulated or used in the propaganda of its unethical practices, then we would have to think twice about taking the money. I know some organisations in fact had set a certain capping amount on the maximum donation that can be made to avoid being coerced later to do something that do not want to do.

In the next article, I would take about the effects of this in the corporate life- should a leader continue to work for an organisation that no longer agrees to his/her core values?

Effective but unconventional way to cheer yourself up 🙂
The JINX of Laughing, Bullying and Ridiculing Others
How I Gained the Guts To Travel Alone
Having pets better than having kids?
Should you work for a company with questionable principles?
Don't only work for money
When it is time to let a long friendship go
Whoever is trying to pull you down is already beneath you
If you like this post, say thanks by sharing it: