When you see something that you are tempted to make some snide remarks, my sincerest request is for you to reconsider. For if the remarks are meant for someone who don’t deserve your ridicule or sarcasm, you may get it back, sometimes times worse than the person.

Here are some real life stories from my life to illustrate my point: 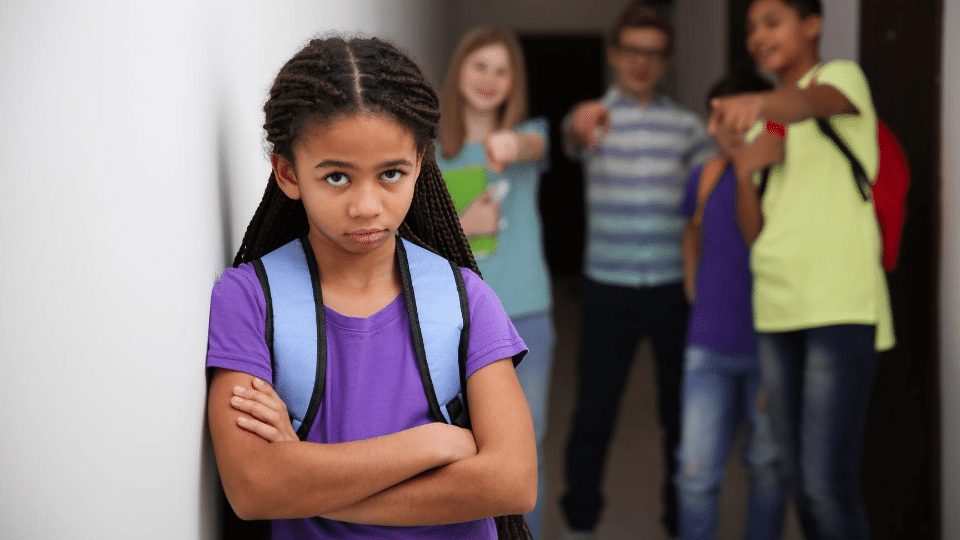 My mom worked as a nurse. When she was dating my dad, their dates had to be cancelled last minute because a pregnant colleague of hers who was supposed to do afternoon shift went into unscheduled absence. Her colleague had developed painful swellings, also known as elephant legs.

After a few times of having her dating plans in the evening ruined when her shift was changed last minute, she, being single and young, commented, “what is this? I have to fill it for her again??!! Next time when I am pregnant I want to be on medical leave like her!”

When my mom was pregnant with me, she developed a serious life threatening condition know as high intracranial pressure in her skull. It is like high blood pressure, but it is focused in the brain and skull. She was on medical leave for 6 months and her condition was so dangerous that a fall can kill her.

My mom told me that when I was very young, I saw a man with deformed leg limping and walking with difficulty. I looked puzzled and began to imitate his way of walking.

Another nasty habit I had was that I used to insist that my dad carry me and let my younger brother, then a toddler walk on his own. By then, I was fully capable to walk on my own. My dad said that to avoid me throwing a hysterical fits of screaming, he had to carry me.  There, my long legs would be dangling happily away. While my poor little brother would be struggling and stumbling along.

As we grew up, I developed knock knees. Even though it seemed from my early development of seemingly longer legs, they kinda stop growing. Whereas my brother, from looking like a humpty dumpty, suddenly grew in height.

Today, my brother is about one head taller than me and have exceptionally strong legs. I have always felt that he never deserved those taunts against him, plus the fact that he never reacted with anger had kinda blessed him to be the tall person he is today. I do reflect on what I did with remorse. But at the same time, I am happy he grew up taller than my dad and have a physique that he is proud off.

During a seasonal chicken pox outbreak in school, my brother had contracted chicken pox from a classmate. The fever, chills and itching were making him miserable. But my brother seldom complained unless it is very bad. I was about 10 years old when it happened.

I remember one late morning, I was looking at his face, which had a few small poxes growing. I pointed my finger at him and laughed ‘hee hee so ugly, so ugly’. My brother kept quiet and did not say anything, looking even more miserable (till today, I have always felt bad about doing that to him).

Next thing, he infected me with the chicken pox as he was recovering.

Instant kamma. For my brother, the poxes were mostly on his body.

Whereas for me, all the poxes seemed to grew on my face. Huge huge poxes, concentrated and filling up almost every millimetre of my face. They were large, and itched so badly. During the pox time, I could not even bear to look in the mirror was my face was literally disfigured.

My dad, who saw me laughing at my brother, told my mom about it and I got a rebuff. My mom had to take extra care with me and gave me very stern warning not to rub my face or else I will risk disfiguring it. However about 3 or 4 poxes managed to get rubbed off by accident and they grew into deep scars for more than 20 years. I cannot imagine what will happen if I could not control my impulse and relieved the itchy by scratching off the poxes.

“You will never amount to anything” 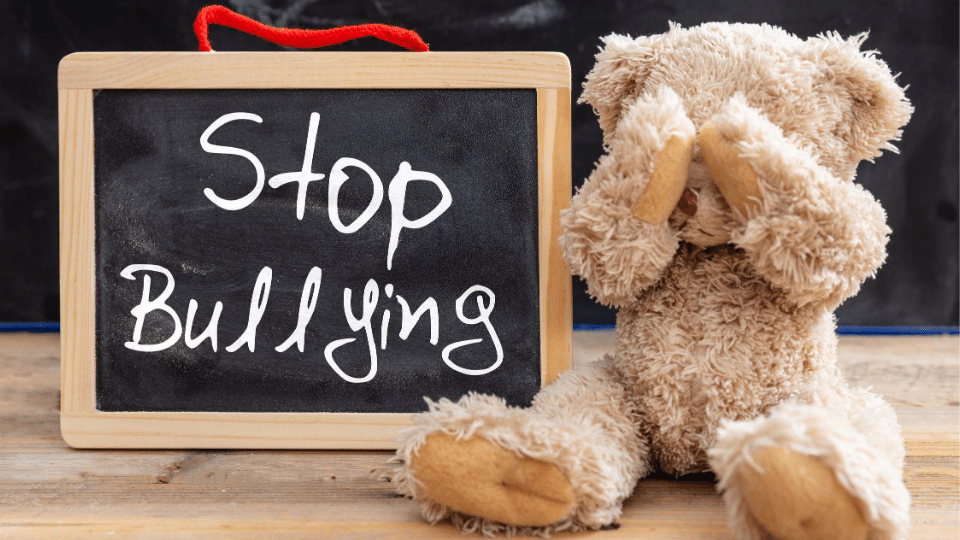 This was what a few of the teachers in the elementary school told me. I was this untidy messy kid that suffered from slow brain development (most probably because I had ADHD which was largely unheard off during my time). I had problems comprehending the syllabus in school. The teachers thought that I was stupid. And for a long while, I actually believed them.

Because I was motivated by a dedicated teacher in primary 6, I studied hard. I ended up with straight As by some miracle. I guess the heavens took pity at me over the merciless tauntings I received at the hands of educators who were supposed to teach and inspire the young generation.

However despite scoring all As, the school administrative board still decided to post me to a high school known for its gangsterism instead of the all girls school that was closer to my home.

Anyway, I begin to strive in the gangster school. You know why? Even though I ended up in quite a good class (we had an entrance test to sit for before they place us in classes. As that school was one of the worst school in our district, I managed to score above average in the results), half of my classmates still came from broken homes. So literally no one judged you because everyone had their own problems, their own wounds. The teachers had their hands full trying to deal with the gangsterism issue so I never had any issue with teachers who belittle or told us that we will never amount to anything.

Even though I was affected by the hurtful words of my primary school teachers, I felt that their words were actually blessing me and brought me luck. Through my good fortune, we had a competent and fearless headmistress posted to our school (she was not afraid of death threats, her car tyres being slit and graffiti on school walls) who vowed to turn the school around. By the time I left the school, I am proud to say that my high school was one of the schools that produced the most students with As in their government exams (SPM and STPM).

Beware of ridiculing or laughing at kids/people for being fat

I had always been an overweight kid. I ate lots of junk food when I was young (so much so that now I don’t really like junk food). So naturally, if you were overweight as a kid, you would surely have encountered endless teasing and taunts.

Stuffing my mouth with junk food was actually a coping mechanism for all the confusion and turmoil that I was feeling. Bullying from teachers (refer above), confusion as my parents were arguing most of the time and a deep feeling of emptiness, isolation and loneliness within.

That time, there was this small girl who came from a rich family. I would have to pass by her babysitter’s house on my way back home. When she saw me, she would point her finger and laugh at me “ah so fat! So fat!” which really hurt my feelings. Aside from that, there are also some naughty boys from my class who also laughed at me for being fat.

Today, the girl is obese. She would have been lucky if she could be at my size. As for the boys, they have all ‘prospered up’.

That is why….. don’t make fat jokes or ridicule people for being fat. You never know what goes on behind the scenes. They may be overeating to cope with inner trauma and you would end up bringing future problems to yourself if you laugh them. Sometimes they may be suffering from a health condition or be on medication that causes weight gain…. and if you ridicule them for their weight, you may end up jinxing yourself.

Case in point, recently there is a popular Anime reaction YouTuber who found herself in hot soup. I don’t watch anime but I found out through YouTube’s recommendation channels from YouTubers who made reaction videos of her. She displayed classic signs of being a narcissist and she was going round ridiculing and threatening other YouTubers. The whole fiasco started when a YouTuber use a snippet from her video to make a joke as his intro. And he was threatened with a take down notice. She then go around threatening anyone who dared to say anything negative about her and threatening legal actions.

One of a very nasty thing she did was to ridicule another female YouTuber (also in the anime niche) for her weight problems. The female YouTuber was hurt and said that the reason she was overweight was because she had an autoimmune condition and had to be on medication. Usually for people suffering from autoimmune condition, the doctors would prescribe steroid based medication which would cause water retention and weight gain.

She also criticized a professional anime voiceover, not knowing that the lady had direct contacts with the anime companies. Her criticism cheesed off the lady greatly since here this YouTuber was earning USD10k ripping off legitimate anime products and this person who is doing the voiceover mentioned that anime voiceovers who put in long hours of hard work was only making like USD20k per year.

From then, it all went downhill and few of the YouTubers who got cheesed off with her started to make reaction videos and dig up the dirt on her. They found that hidden behind the paid wall of Patreon contributors, she was actually offering illegal downloads of anime. While she was suing other YouTubers for just using a few seconds of her video (considered fair use and is not illegal), she was the one actually infringing copyright by stealing anime from companies and offering it as downloads for people who support her via Patreon.

The results? She is now facing legal copyright infringement by overseas anime companies because she stole their products.

When we are at the top of our life, being popular, good looking, rich and invincible, we may sometimes look down or ridicule others who are not at the same position as us. Not understanding that sometimes there may be a sad story behind or the fact that they don’t deserve the harsh words you said that may end up piercing the core of their soul.

Life has its peaks and valleys. I have never seen anyone who is always on the peak. One day, as it is with everyone else, the fortune will change and the tables would be turned. So while we are high riding on the wave, appreciate the times, be humble and extend a helping hand to those who are less fortunate than us.

How I Gained the Guts To Travel Alone
People who curse you are actually blessing you
Spare the rod and ruin the child?
Gifts can be a blessing or a curse
The happiest in time is when we are struggling or in hardship
How much we are meant to have is fated... or not?
Moving forward in life- even if alone
Being Grateful for the Little Things in Life
If you like this post, say thanks by sharing it: