You may have a best friend from childhood whom you were inseparable with. Both of you were there for each other at your best, as well as your worst times. You have thought that this would be your one true friend and both of you would be inseparable for life.

As both of you grow into adulthood,  your lives took different paths. Yet, both of you made the effort to meet up once a while to catch up. If there is no opportunity to meet up, then you kept in touch through online chats. 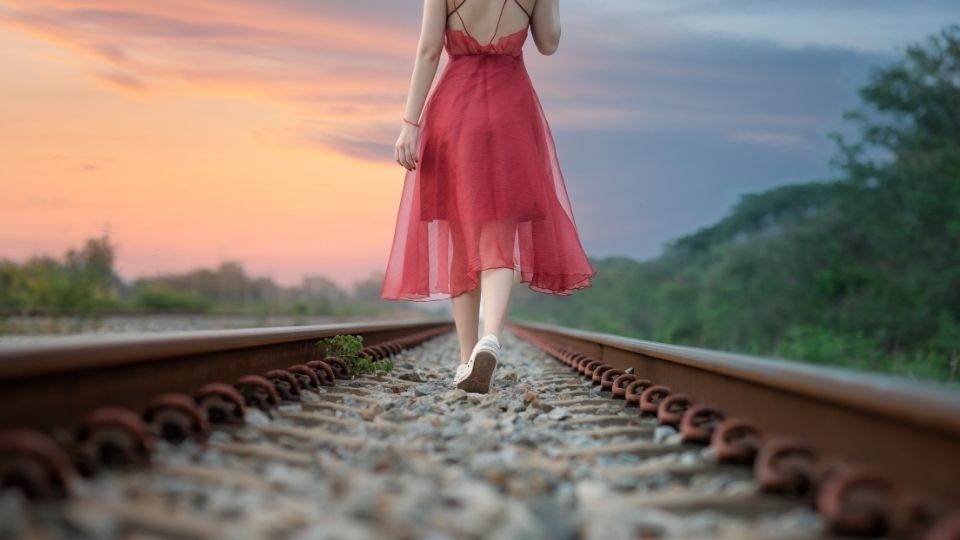 But suddenly out of the blue, she just ghosted you out of the blue. No explanation was given. She blocked you on social media, on the phone. All attempts to contact her failed. And even if you managed to reach her, there was no reply.

At first you are worried that something may have happened to her. But then, you find out from mutual friends that she is still well and alive through recent photos of her that you see on your mutual friend’s social media accounts.

What the heck just happened?

Well, you have just been ghosted. Sometimes people just ghost someone without providing a proper explanation or closure. It can be due to reasons such as:

It can be any reasons. But it is obvious that closure is not forthcoming. Perhaps the reason is better left unknown. After all, even if you were to show up in your friend’s place to request for an explanation or talk, you may not be told the truth.

Sometimes in life we would not get the answer or closure that we seek for.

Such thing is actually more common that we thought. I’ve personally experienced it and so did my mom and some of my close friends.

Growing up, my mom used to have a very close friend. They share their ups and downs, were there for one another, share party dresses and attire. Their friendship extended after they were both married. In fact, my earliest memories were visiting her home where I get to play with her kids and their toys while my mom and her chatted over the kitchen or a cup of tea.

Her husband was an avid amateur photographer where he took and gifted us with my childhood photographs (digital cameras had not existed back then). Had it not been for him (as well as another uncle of mine), I would not have any photos of my childhood.

Eventually, this lady and her family moved to an upscale place. And out of the blue, she just ghosted my mom and went no contact.

My mom never got to know what went wrong but mom must have been hurt by her behavior since they have been friends even before they were teenagers. She made a remark once that she guessed now that her friend belonged to a higher social circle, my mom did not fit into her life anymore. She tried to sound nonchalant about it but I could sense she was deeply hurt by her friend’s behaviour.

Often we would never know the reason. But one thing is for sure- if the friendship is still worth something to the other person, there would be at least an explanation or even at argument so that at least we know what went wrong. But most often than not, it usually stems from something the other person do not like about us, or even jealousy. Or maybe we no longer have any use or purpose for that person so we are being discarded (if you are with a narcissist, it is expected).

We may also want to do some self reflection if it is happening more often than we care to admit…. maybe we have a bad temper or are just too blunt with our words that we hurt others. If we have examined and find that there is nothing critical about our behaviour, well, let’s accept that it is that person’s lost. It is better to know now than later after investing years of time and energy.

You may not believe me now, but through my observation and personal experience, when one door closes, another door always open. I have had the experience of being ghosted. But when the person left, there was new space created. And then, better friends come into my life. I trust that the same would happen for you too 🙂 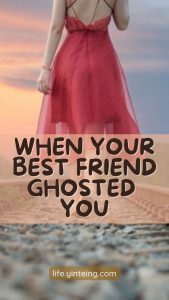 Karmic link between the farmer and a snake
Effective but unconventional way to cheer yourself up 🙂
How much we are meant to have is fated... or not?
Answers in life....
Don't be the cause of friction for your kids by repeating rants
How Watching Too Much TV Changes Your Values
My dog had died
Is it wrong to take money from bad people for a good cause?
If you like this post, say thanks by sharing it: